Exploring the Life of a World War I Laboratory Assistant

To be honest, before I started my internship here at the Museum and Archives, I hadn’t spent much time exploring Lennox and Addington County. Despite having boarded the ferry across to Adolphustown countless times and taken that scenic drive along Bath Road, I had never really paused to take in the beauty and history that Lennox and Addington has to offer.

I started my internship in the first few months of the pandemic, an event which quickly encouraged many of us to slow down, unplug, and appreciate the world around us. In my time here, I’ve gotten to know the quiet grounds of the county courthouse, admired the church architecture along Bridge St. and the grand facades of century homes in downtown Napanee. I’ve stopped in Bath for a lakeside picnic, even taken a road trip along County Road 41 to put my canoe in at Bon Echo Park for the first time. My most recent L&A journey was to Amherst Island, and the person who led me there was Gertrude Preston. 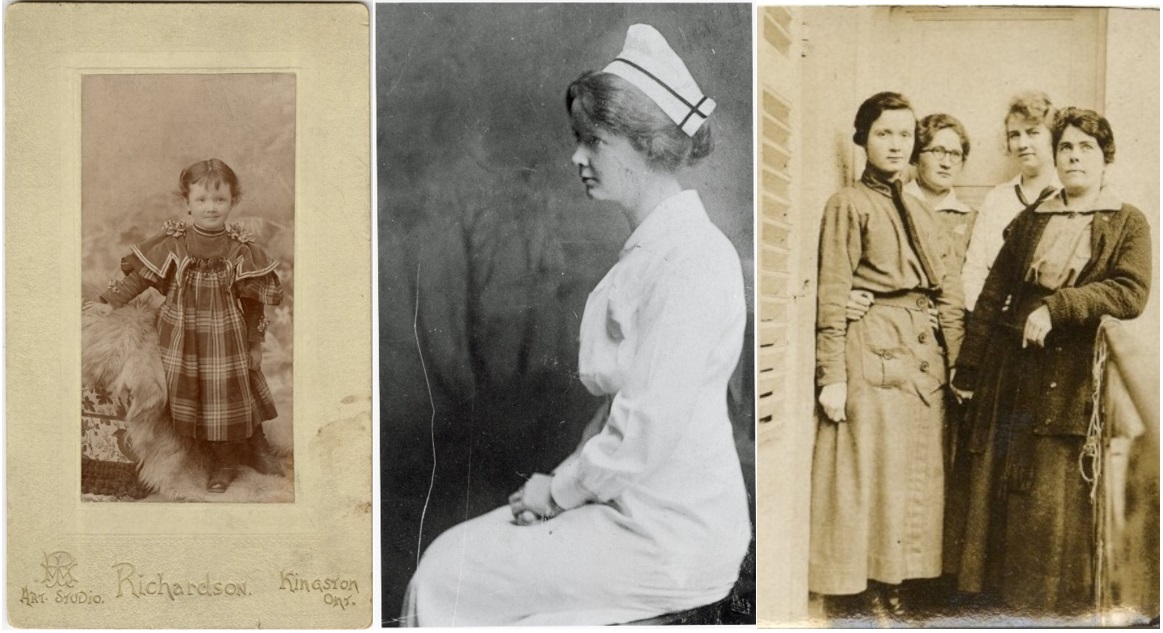 As an Archives Assistant, processing collections is my main game. Having previously worked with the PastPerfect database and studied archival theory, I had an idea of what I was in for, technically speaking. However, I didn’t anticipate the emotional aspect of processing a fonds from start to finish. You really get to know the stories of the people in the collection, and, in a way, they become like old friends. I’ve spent the last several weeks processing the Gertrude Preston fonds, which includes a unique photograph album of Gertrude’s time in Vichy, France in the last days of World War I while she was stationed at Base Hospital No. 19, as well as photographs taken after the war, as she and her coworkers explored the coastal towns and small islands along the French Riviera. 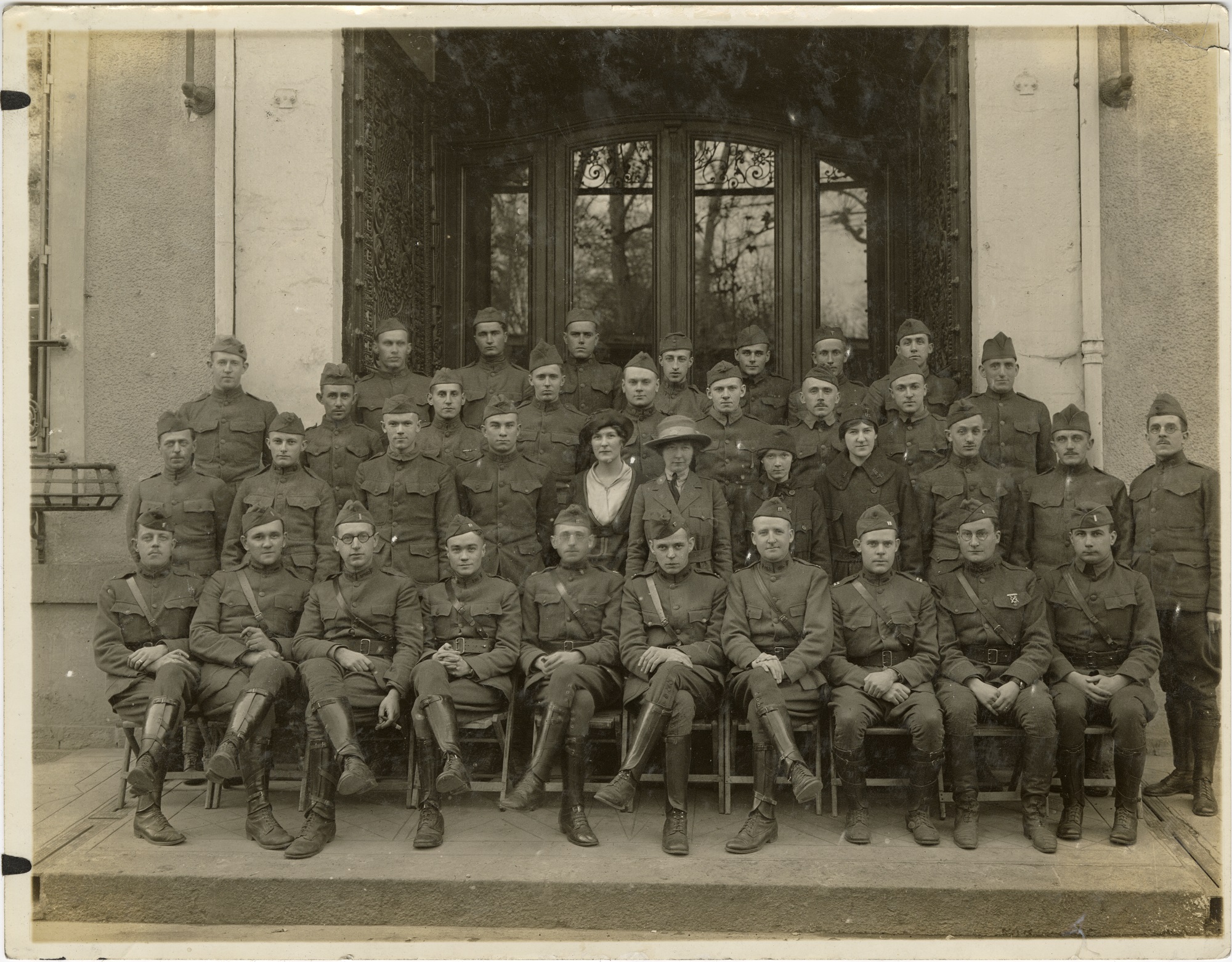 Gertrude was born on Amherst Island on August 30, 1891 to her parents William and Mary Preston (nee Patterson), who had a homestead in Stella, Ontario. Gertrude’s mother died of pneumonia in 1893, leaving Gertrude to be raised in part by her grandparents James and Margaret Patterson (nee Neilson). Gertrude’s life is a bit of a mystery, but we do know that she was a nurse who completed her training in the U.S. in 1915, and that she joined the U.S. Army during World War I, not as a nurse, but as a laboratory assistant. In the lab at Base Hospital 19, Gertrude would have processed samples and recorded test results, among other things, to ensure that military soldiers, nurses, and staff remained healthy. 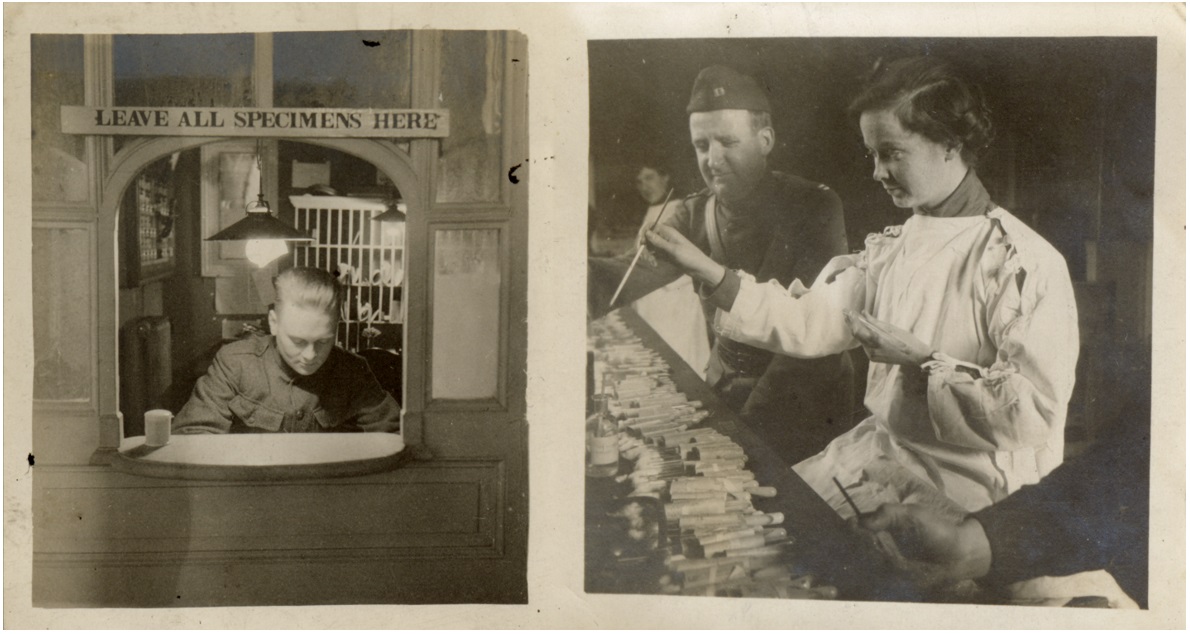 It is unclear how Gertrude ended up in New York State, enlisting with the U.S. Army, and travelling across the ocean on a massive steamship called the Baltic on June 4th 1918. Perhaps Gertrude sailed from the U.S. because there was greater opportunity to serve in the war effort from there, or perhaps she was always a traveller at heart. Gertrude took her passage home from Brest, France on March 4th 1919, settling for a while in Clifton Springs, New York, where she worked as a sanitarium nurse. Gertrude lived in the U.S. for several years, perhaps decades, bouncing from New York, to Ohio, to Florida, until returning to Ontario sometime before 1949, continuing to practice as a nurse until retirement. Somewhere in that time, she put together this vivid collection of photographs that tell of her experience during the war and the elation and hope that sprung at the war’s end. All of these photographs are now described and digitized, accessible online in our PastPerfect database!

The Gertrude Preston collection is special because, although it does not explicitly highlight Lennox and Addington County, it serves as an example of the exterior lives of those with roots in the County.  Gertrude’s worldview dictated what she photographed, and having grown up in L&A County I like to think that when Gertrude looked out from the harbour at Cannes in 1918, she thought about home and the view from Amherst Island out onto Lake Ontario. After all my research into her life, one thing about Gertrude’s story that I am absolutely certain of is that the memories carried in her photographs will continue to be cherished by future generations of the L&A community. 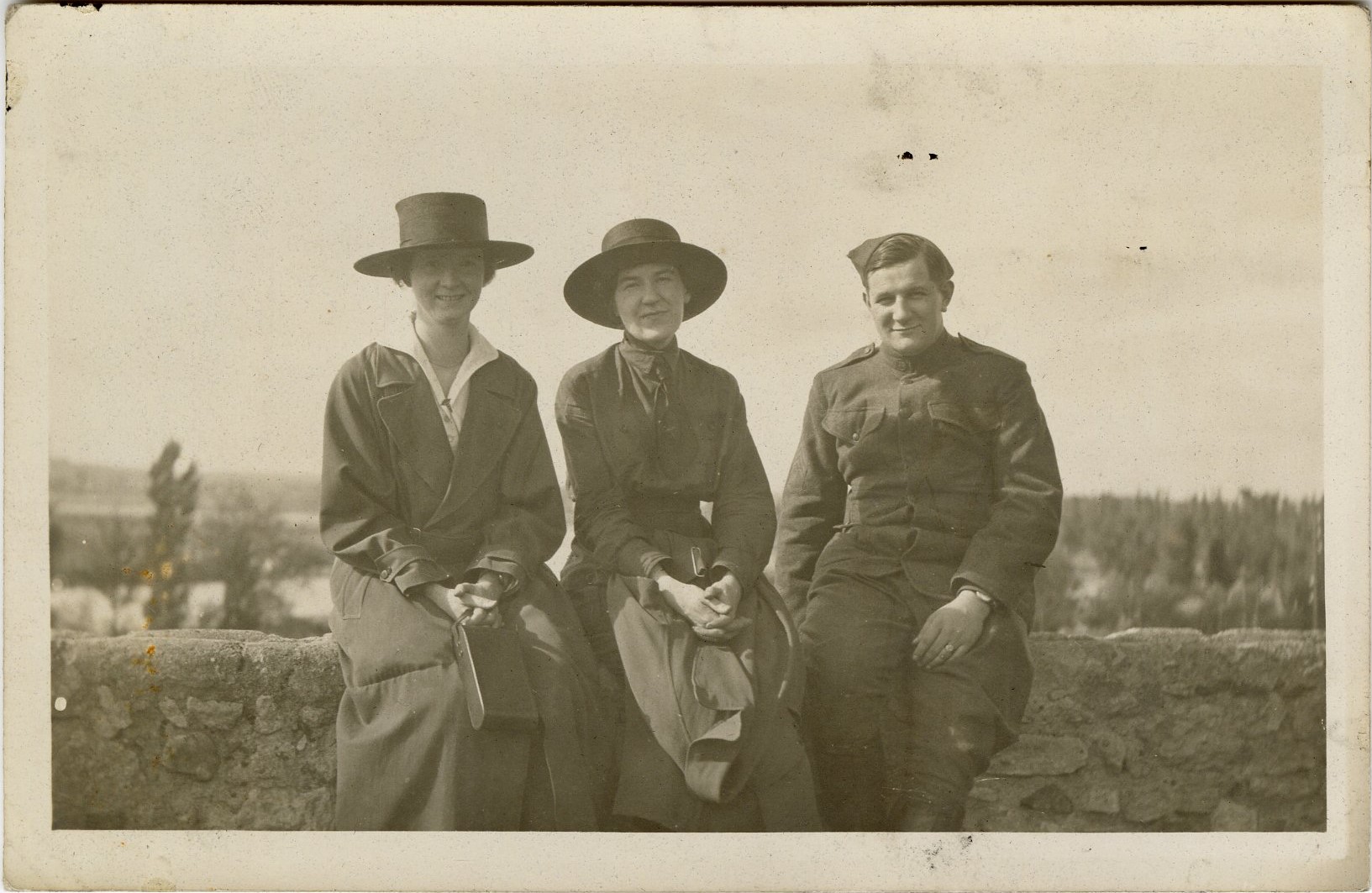