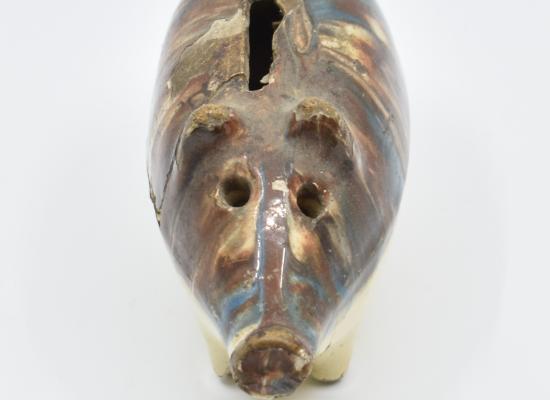 Do you know that feeling of joy when you’re unwrapping a gift and you’re pretty sure you know what to expect? You open the gift box, you unwrap the object and suddenly you’re holding something completely different in your hand! That was exactly what I felt this past week when opening a box of artifacts. 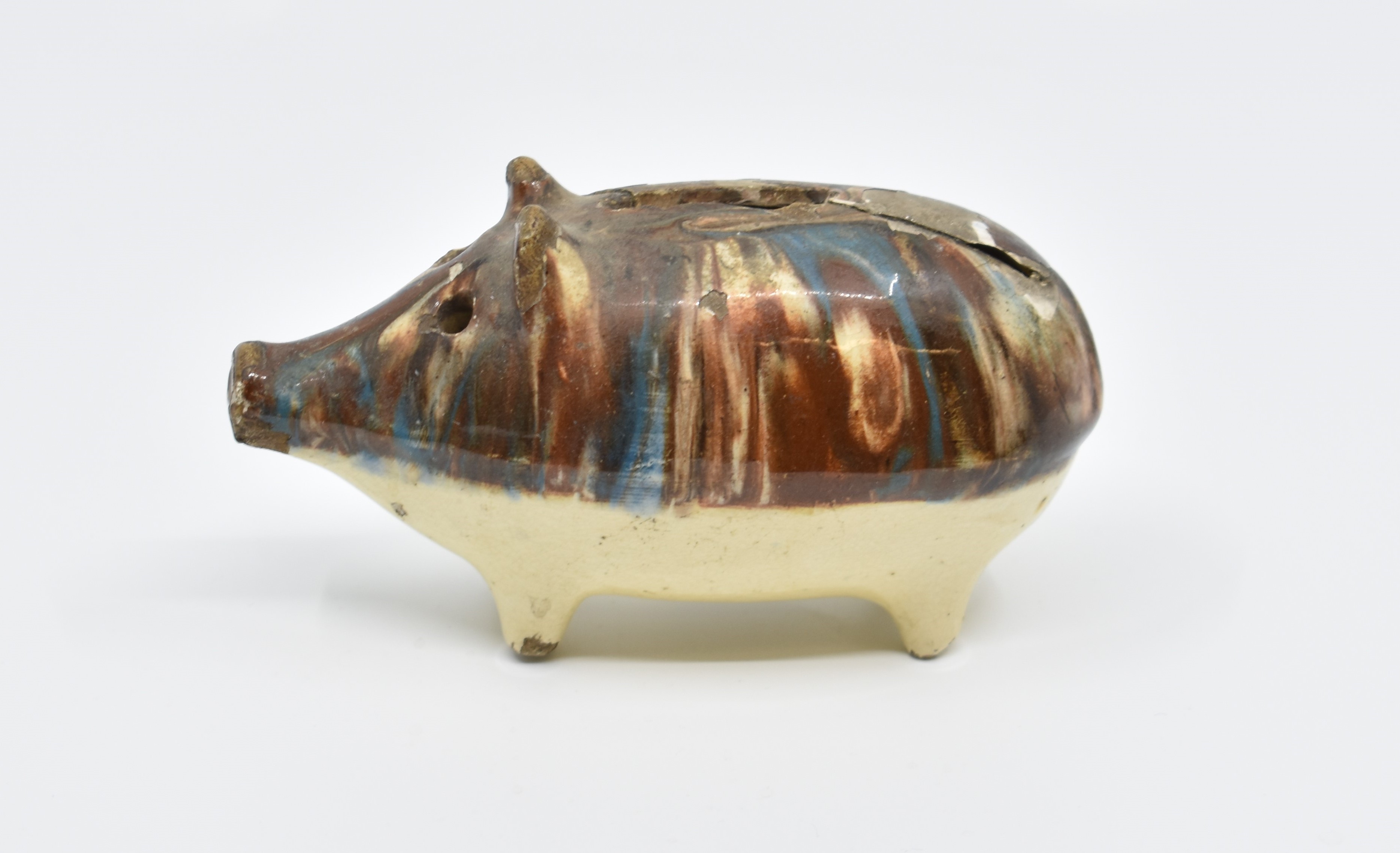 The past few months I’ve been inventorying my way through the boxes stored in what has been functionally deemed ‘the military aisle’. Early last week I moved on to the next section of the aisle, and brought down a plain white box. I carried the box to my workstation, took the lid off, and saw that the inside was full of objects wrapped in opaque white tissue. I moved one of the wrapped objects onto the table, gently unwrapped it; and what’s now sitting in front of me, but an Austrian pig! Okay more accurately a ceramic piggybank with an Austrian maker’s mark. I bent down to table level, looked this itty bitty piggy in the eyes and started giggling really hard. Why was I giggling? Well if you take a look at the photo above you will see that the pig has a horizontal division in its colouring and this pattern, to my eyes, makes the pig look like its wearing pants. Immediately I am reminded of the internet debate of how a four legged animal would wear pants. If you don’t know this humorous debate I recommend looking it up. Looking at this piggybank I’d say pigs wear pants on all four legs, not just the back two.

So why on earth am I rambling about how a pig would wear pants? The answer is simple, because I wanted to share with you a moment of joy brought to me in just an everyday moment of my job. A week or so later, I‘m still cracking up every time I look at the pig. There were three more artifacts I found just in this box, which made me smile.

The first of these artifacts is pictured above. Upon first glance, with the artifact in a neutral position. I assumed that it was a very simple pair of garden snips. Upon gently squeezing the two handles together the artifact reveals itself to be a very small curling iron. When I saw this I had a moment of pure delight, this was completely unexpected. I had never seen a non-electric curling iron before. With a little research I learned that this hazardous hair appliance would have been used by warming the metal end in a fire then applying it to the hair like you would an electric curling iron. This frequently resulted in burns. Personally, I have never been so thankful for modern hair styling tools.

Another artifact from this box is an ironstone bowl. Many museums have plenty of examples of ironstone, this is because ironstone was much more durable for transport than other more delicate ceramics such as porcelain. When English potters were sending their wears over to North America they found that ironstone was one of the most popular materials as it was less expensive and stood up to the trials of rural North American life. How does this bowl from the late 19th century lead to a moment of joy? Very simply, because we have only a snapshot of its history. This bowl was found in an abandoned unspecified Methodist church likely south of Napanee. As far as we know this is the only bowl that was found in the abandoned church and doesn’t that bring up a number of questions. Is this the only surviving member of a set? If there was only one, what did the church use it for? Did the bowl even belong to the church or was that just a convenient place for someone to get rid of it? I don’t know the answer to these questions but it brings a little bit of wonder to my job getting to take a moment to just imagine the different possible pasts for this bowl before it came to the museum.

The last artifact I’m going to talk about was actually the only military related object in this box. Coming across this case it immediately peaked my curiosity. With a little research a heartwarming story unfolded. In the months approaching the first Christmas of World War One, a 17 year old Princess Mary, of the British royalty, wanted to use her private allowance to purchase a small gift for every soldier. Though this wasn’t feasible it prompted a public fund where people on the home front could donate a little money to give a gift to every soldier associated with the British Empire. It took several years but eventually almost every solider had received a small gift generally of tobacco or a small writing case all kept in one of these small metal cases. Starting with the good will of a single 17 year old girl in 1914 it snowballed to a six year campaign to deliver a gift to every soldier. I find myself now in 2022 reading this story, and I can feel my day brighten up a little.

Like everyone, there are days doing my job where the next task (or box) seems like just more of the same, but I was super lucky this past week to be reminded that every day brings at least a little surprise. Sometimes there’s a little truth to those old adages; it’s good to spend a little time stopping to smell the roses, or giggling at the pigs, whichever you prefer 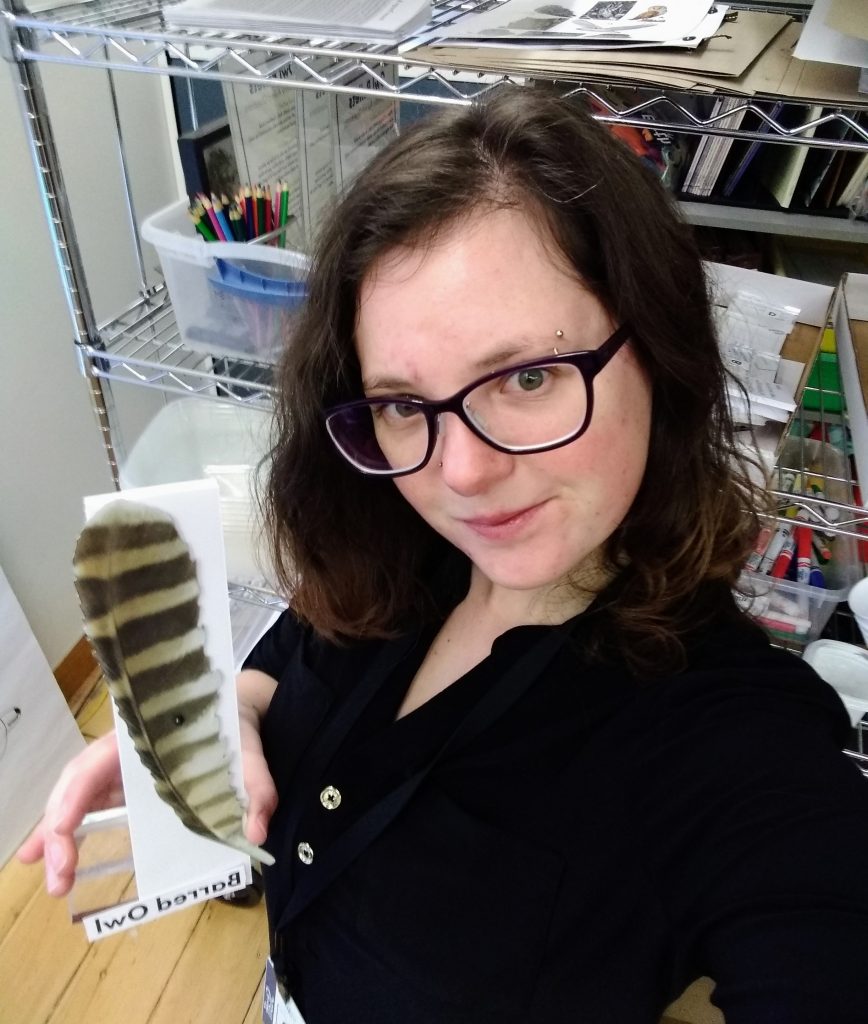 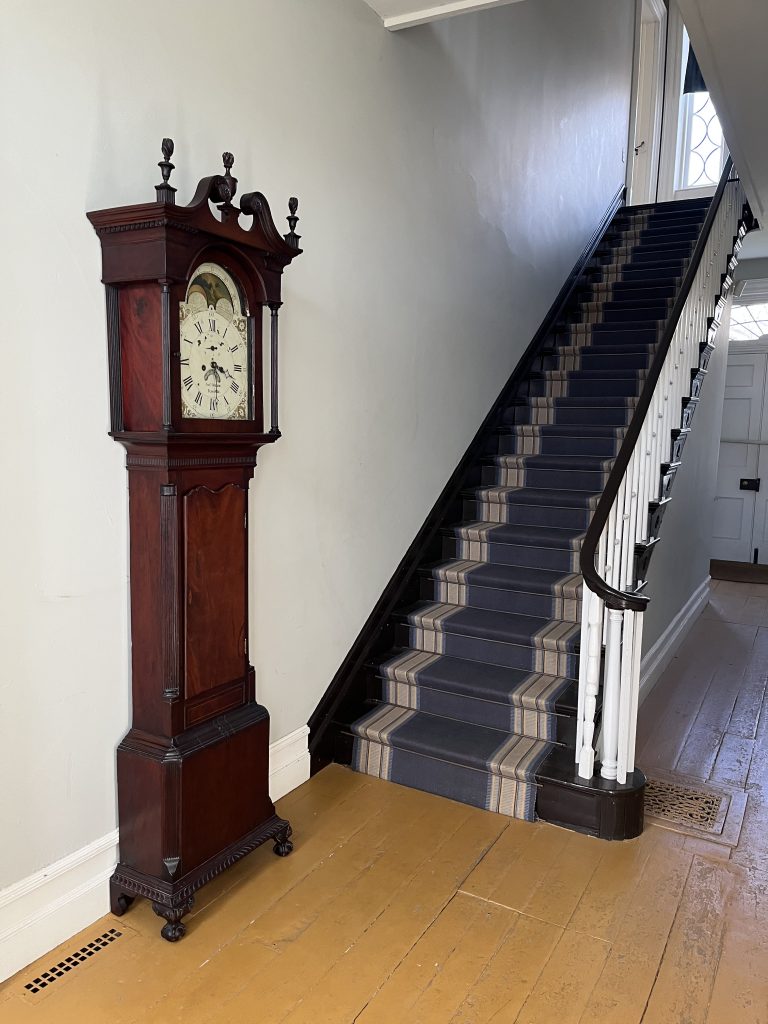 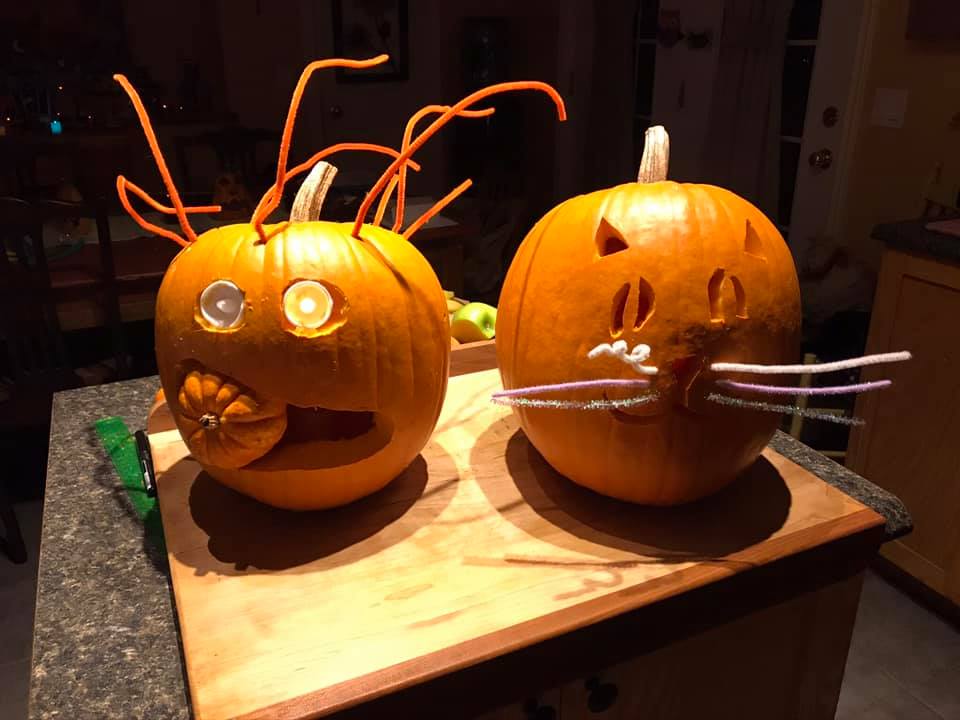 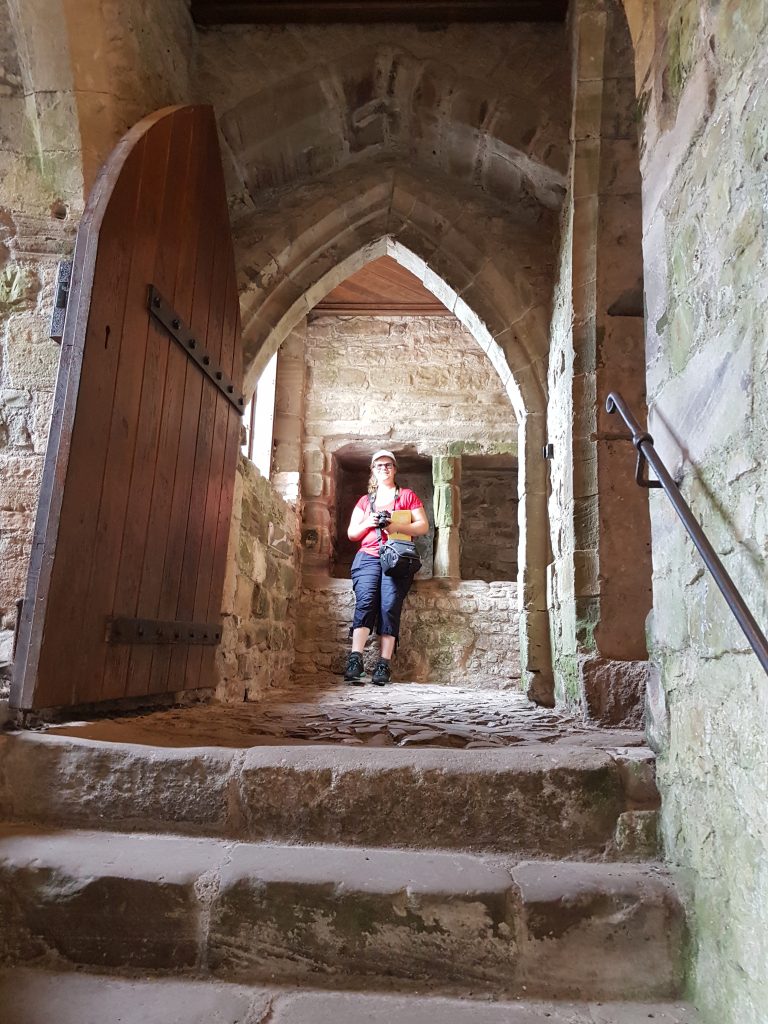